Solution home Getting Started Storing, Accessing and Sending Your DOT

How can I verify what extrinsic I'm signing? Print

When sending an extrinsic, whether it is to transfer funds or to take some other action, it is always good practice to verify the extrinsic's details before actually signing it. Once an extrinsic has been broadcasted and added to a block, then it's irreversible and too late to correct potential mistakes.

Verify an extrinsic in the Polkadot extension

The Polkadot extension is your gateway to the Web 3.0 Polkadot ecosystem as it can connect to any site build on it. Because of that, it's very important that you verify your extrinsics before signing them, especially when interacting with a third-party site.

When you are about to issue an extrinsic, a pop-up window will open asking you to sign using the selected account. In this window you can see what you're signing. 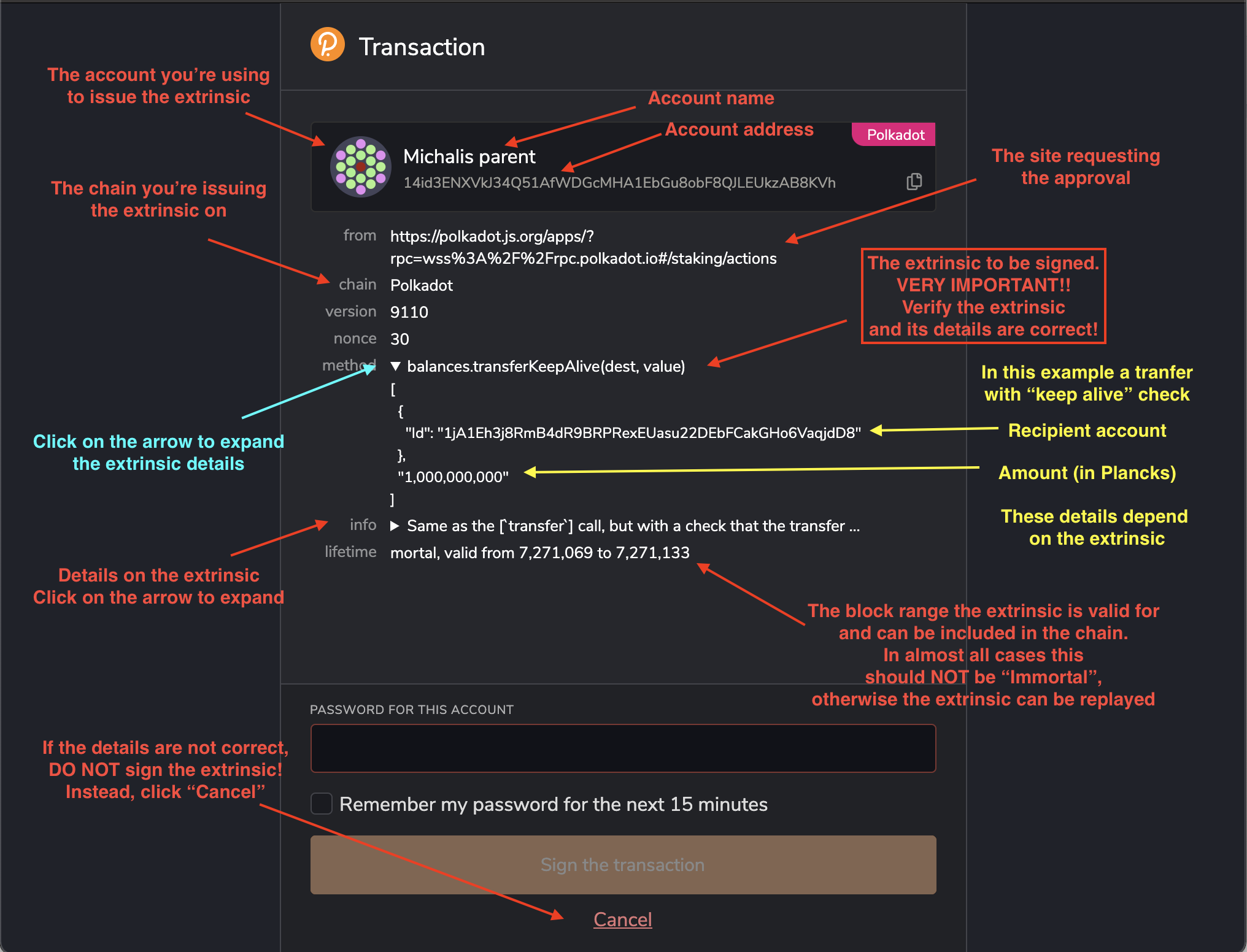 Verify an extrinsic in the Polkadot-JS UI

If you're using the Polkadot-JS UI you will see the confirmation window after you enter the extrinsic's details, where you confirm it's what you mean to sign. 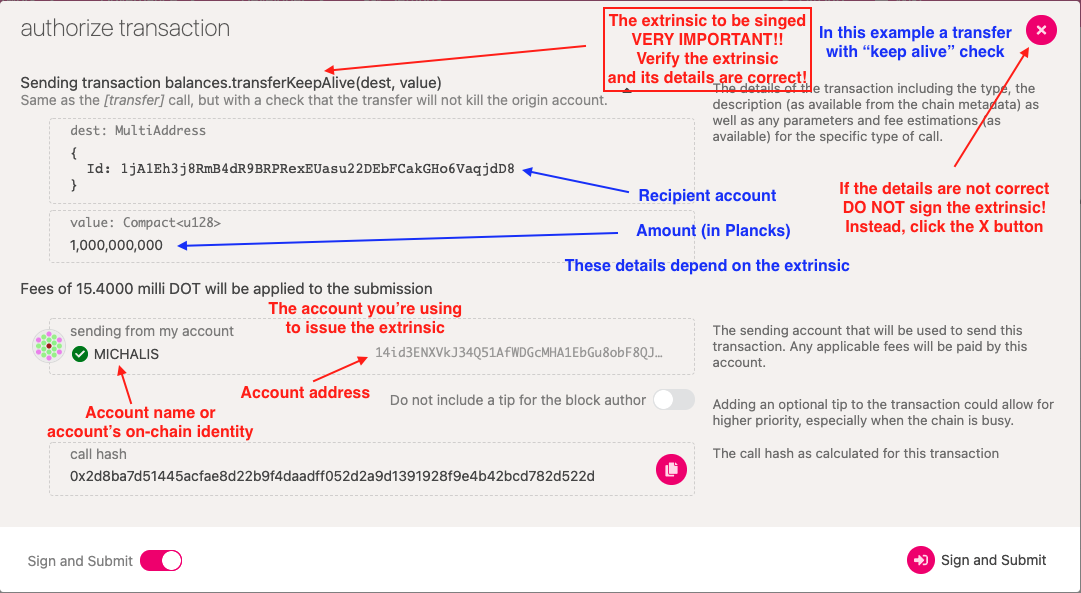 If you're using a Ledger account then you will see the same details as above depending on whether you've added your account in the Polkadot extension or on the Polkadot-JS UI directly. The difference is that the extrinsic is singed on the Ledger where you can verify (again) its details.

When you click to sign on the Ledger the extrinsic details will be shown on the device's screen. Click on the buttons on your device to scroll through the details

2. Then the extrinsic details (in this example the destination account)

3. Then the amount involved (in this example the amount to be transferred) 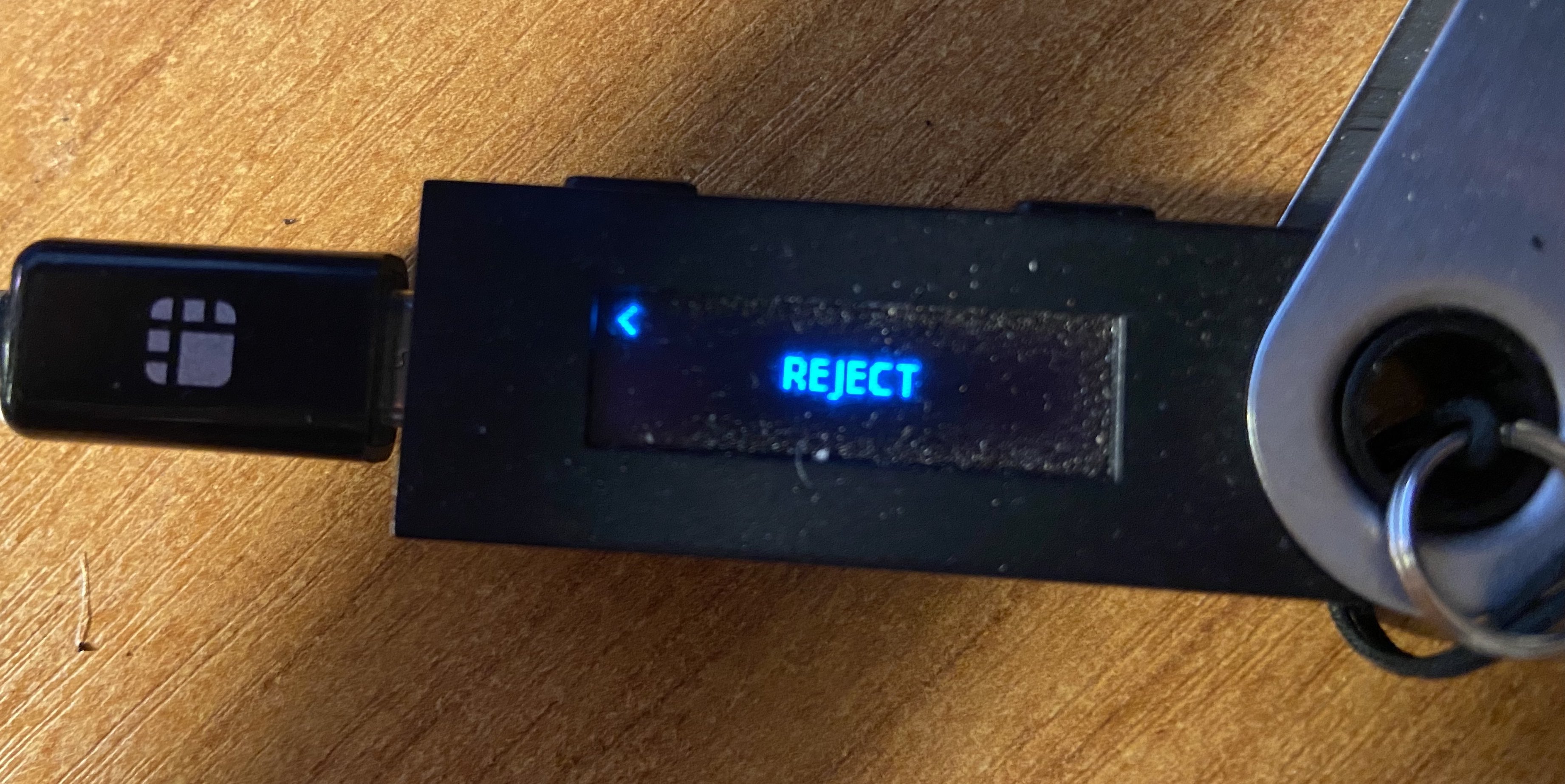 Send feedback
Sorry we couldn't be helpful. Help us improve this article with your feedback.